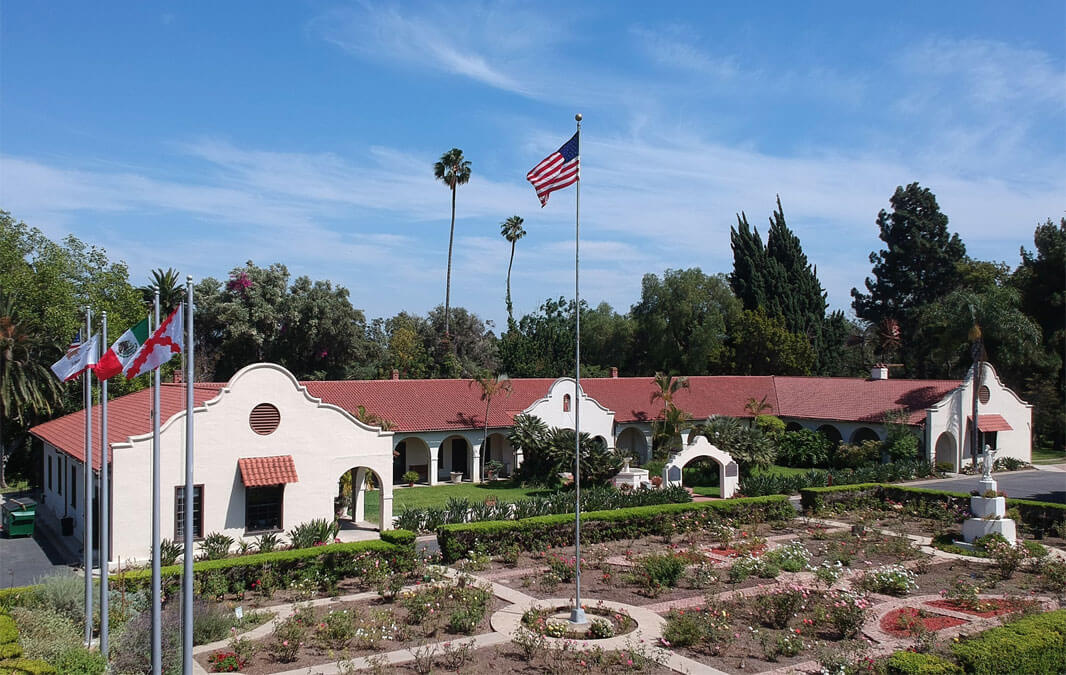 Are you interested in learning more about the cultural history of The Golden State? At The 5800, we’re always looking for ways to highlight our beautiful state and the city we love to call home, so have we got the recommendation for you!

Located near Lakewood, California, the Dominguez Rancho Adobe Museum is the converted home of a former Spanish soldier, with 10 gallery rooms dedicated to the intertwined histories of California, Spain and Mexico. Here’s a kickstart to get you ready to pay it a visit.

A Brief History of The Rancho

​The land on which the Dominguez Rancho Adobe Museum is built was part of the first Spanish land grant in California by King Carlos III of Spain. In 1784, 75,000 acres—including the entire Los Angeles harbor—was granted to Juan Jose Dominguez, a retired Spanish soldier, and the original adobe ranch home was completed in 1826. It was built with two-foot-thick walls and contained six large rooms, including a chapel. Nearly 200 years later, the building now sits on 17 acres as a historical museum, offering ongoing educational programs, tours, and special events geared toward preserving early California history, including the area of Lakewood. The museum is also included on the National Register of Historic Places and listed as a California Historical Landmark.

The First of Its Kind in Aviation

The Rancho was also the site of the first International Aviation Meet in 1910. Arranged by Dr. Gregorio Del Amo, the husband of Sarah Dominguez—a descendant of Juan Jose Dominguez—the meet lasted for 10 days. Viewing stands were set up specifically for the event, which provided people on the west coast the opportunity to witness airplanes in flight for the very first time. William Boeing and other aviation pioneers were in attendance, and shortly thereafter, the aviation industry began to develop in areas of Southern California, including Lakewood. Two rooms in the museum are specifically dedicated to the International Aviation Meet of 1910 and the Early Birds of Aviation.

According to the Dominguez Rancho Adobe Museum website, “Through ongoing educational programs, special events and tours of the Dominguez Rancho Adobe Museum, the Friends of San Pedro seek to preserve and increase the community awareness of early California history and life on the rancho.” Public tours are available weekly, as are guided and private tours for larger groups. Educational, organizational, and senior tours can also be arranged. Activities, living history, and live reenactments provide educational information, and the museum also frequently brings in guest speakers who discuss a number of topics on the history of the area, including what is now Lakewood, California.

The Dominguez Rancho Adobe Museum really is the perfect spot for history buffs, architecture enthusiasts, and adventurers alike. Stop by and learn the history. If you want to start making your own history in the Lakewood, California area, reach out to us at The 5800 Apartment Homes today!